Tues Oct 24th
7:30am I woke up this morning and it was pouring rain outside. Yuck! There go all my plans for the morning. The tour guide yesterday told me that there is free wi-fi for laptops at every McDonald’s… (try to figure that one out), so I might just head off to a McDonald’s and start my online blogging.

7:30pm I did go to McDonald’s this morning and blogged for a few hours. During that time the rain stopped but it got very windy and chilly. Took the Metro back to the hotel to drop the laptop off and then went to the meeting place for the afternoon walking tour. I’m taking the Metro and walking around the city now like I know where I’m going and it sure feels good. 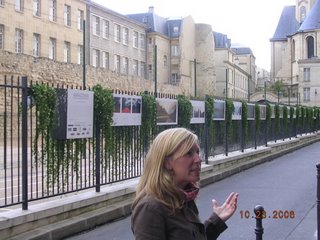 Met our tour guide Katie from South Carolina who is on her way back to the states via Amsterdam. 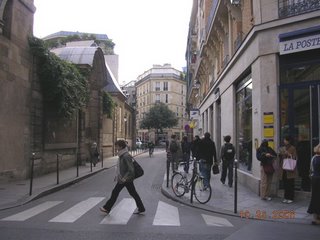 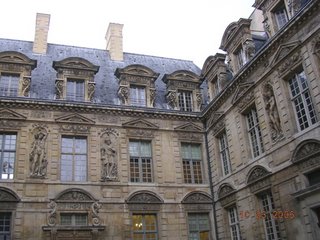 She gave a wonderful tour and we walked through the quaint area near my hotel called the Marais. One highlight was seeing where Oscar Wilde lived. 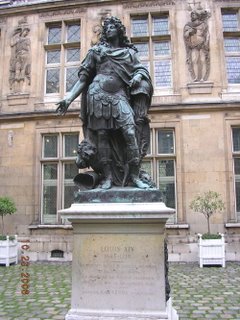 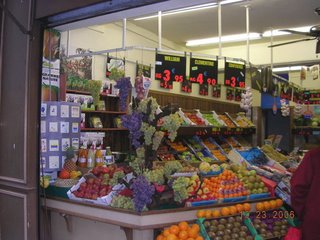 She brought us to an ice creamery known the serve the best ice cream in Paris. I indulged in a cone of Chocolate Noir (Dark Chocolate) AND Praline with pine nuts. Oh la la! The best ice crème I ever had. Oops I’m spelling like the French. 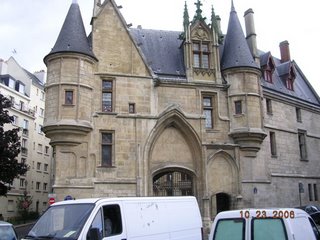 The rest of the tour was very historic and also has a Jewish quarter where the Jewish residents were forced to register and live in 1941 after the Nazi invasion. 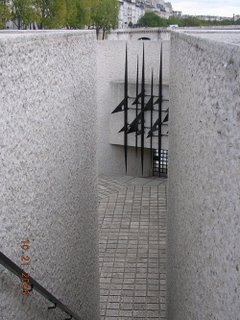 Then when the Nazis wanted they were able to find the Jews easily and deport them to the concentration camps for elimination. There are many memorial plaques around this area, for the people who were tragically removed from society and killed. 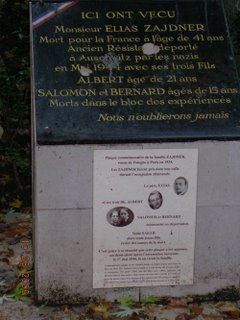 One in particular about a man from the resistance, aged 41 who was taken with his 3 sons; aged 21, and twins aged 15. They were all shipped off to Auschwitz and the man and his eldest son died in the gas chamber. The 2 twins died at the hands of doctors performing experiments due to their curiosity about twins.
(How dare that there are still people today that either deny the holocaust ever happened or play it down). Argh!!

It was the end of the tour and I was feeling really tired at this point so I headed back to the hotel and bought more French Chinese food. Now I’m very tired, my feet hurt so I’ll probably stay in for the rest of the evening. Maybe I’ll go out to the Internet café for a while. I’m meeting Travis (who studies at Parson’s Paris) for lunch tomorrow and Richard (Eye Prefer Paris website) for dinner tomorrow night. I guess I can’t fit in everything I wanted, but that will leave me wanting more of Paris for a later trip back.

10:00pm I went out to the internet café but the internet was down so I took a leisurely stroll back to the hotel. I stopped in the café in the hotel and took espresso and pound cake up to the room. I settled in, turned the TV on and watched “The Pirates of the Caribbean” … dubbed in French of course. Speaking of Johnny Depp, he has a house on Ille de Cite, the same island as Notre Dame. I envy him. 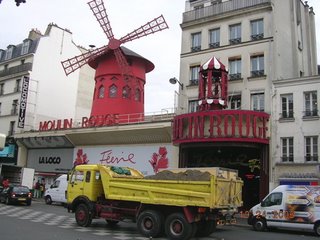 Tomorrow my plan is to have breakfast at McDonald’s again (so I can wi fi) and then take the Metro up to Montmartre to see Sacre Coeur, Moulin Rouge, and Pigalle (Pig Alley) know to be the seediest part of town. Also up there is the home of Picasso and Toulouse-Lautrec, and the statue of St. Denis, very interesting story about him. Once I see the statue I’ll mention the story.
PS: I realize that I forgot to mention that after the tour of the Jewish Quarter I stopped in a friendly bar and had a few glasses of Kir; which is Cassis with white wine… remember that from the trip to the Monks of Chartreuse. Cassis is the raspberry chartreuse and tastes wonderful. Now I know why I was so tired. Goodnight.