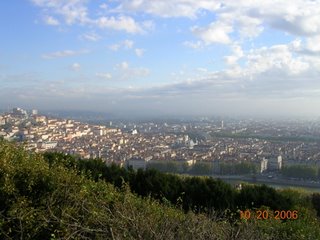 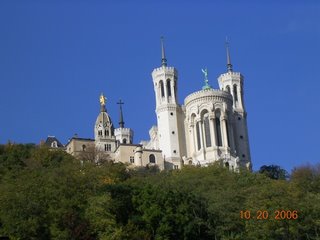 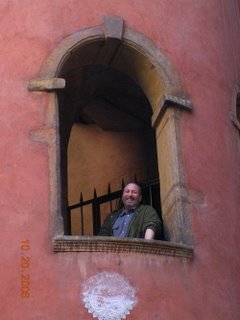 Lyon is like a mini Paris with the river in the center and very historic buildings. Wayne had booked the train to Paris on Sunday leaving from the city of Lyon so he requested that he be dropped off when we got there and he was off on his own.

The highlight was visiting the remains of a Roman amphitheatre dating back to 50 BC. Over 2,000 thousand years, it’s so hard to believe. I went right on the stage and started doing monologues, and I was applauded by strangers who wanted to see more; especially these 2 woman from Germany. We had a wonderful lunch and walked around a very touristy area looking in the wonderful shops and boutiques.

Valerie gave us the most tasty crepes for dinner and dessert and again I was full leaving the dinner table. We expressed our adoration of our 2 hosts and retired to our bedrooms to pack for departure in the morning.

Now, let’s get to Paris! I have already decided that I can easily live here. I took a bus from the airport, which is about 50 minutes away, so I could see the sights. I was left off at Gare de Lyon. A Grand Central Style train Station, only much grander! A 20 minute walk and I was at my hotel.

I checked in with Jean Luc the owner, a handsome and very friendly Frenchman.

I was surprised that my room was larger than I thought but very basic and very clean and just delightful.

I took a shower and headed to the streets of Paris! I did a general walk around and found myself in front of Notre Dam, and the Louvre. 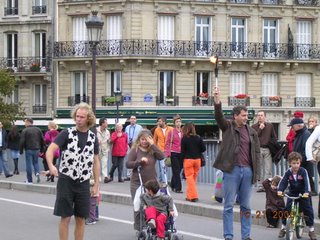 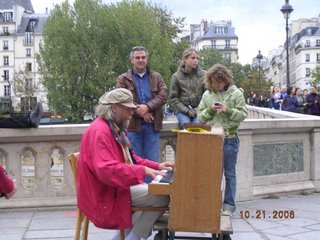 Being Sunday there were a lot of people walking all over and many street vendors, artists and performers. I stopped for a café and looked in amazement at the Eifle Tower. As it got darker it also started to rain, so I headed on foot back to my hotel. No matter where I was in the city it always seemed so quaint and intimate because of the narrow streets and low buildings. (I say low buildings, I mean no skyscrapers). It was dark, rainy, all the stores were closed except for the restaurants. I passed by the Louvre and had to look at the pyramid in front. I stared and thought of the scene in the film The DaVinci Code where Tom Hanks runs into the pyramid. As I went back to the hotel I was a little hungry but not wanting a full meal, and what do you think I came across? Ben and Jerry’s Ice Cream. So I indulged in a cone of New York Super Fudge Chunk. I walked in the rain back to the hotel, eating this ice cream thinking… how New York I was, right in the heart of Paris. I loved every second and that’s when I felt comfortable in this beautiful and magical city. Yes I could definitely live here.