Sat Oct 14th
11:30am, It’s 5:30am NY time. I’m sitting in the Charles DeGaulle Airport in Paris waiting for a later connecting flight to Lyon. My flight from JFK arrived to late for me to make the connection. There is a 1:10pm flight, which would get me into Lyon at 2:20pm. The van is picking me up at 3pm. The flight from JFK was OK, 7 ½ hours, but I was barely able to get any sleep. I just couldn’t fade off into nevernever land. I’m tired but I’ll manage. When Air France issued a new boarding pass, they gave me a voucher for a complimentary breakfast and apologized for the inconvenience. They were very nice. No sign of rudeness to the American.
The airport here is very large and full of construction, even worse than JFK airport. The terminal I’m in – 2F, is very long & reminds me of the turn of the century train station, which a techno modern edge of course. It’s all glass, curved; the ceiling is a semi circle. If you look lengthwise at the terminal it’s half of a circle. The ceiling is totally covered with a techno lattice of white pipes and at the end of the pipes are little spotlights. It will be interesting to see it lighted up on my return trip to JFK. 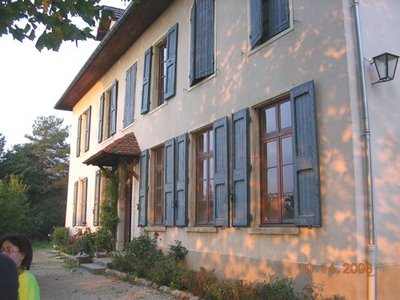 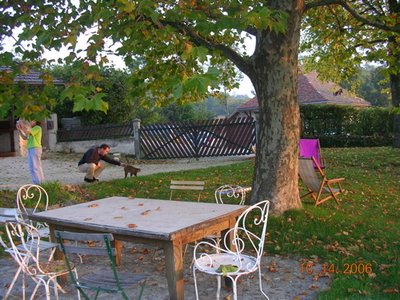 5:00pm I’m resting in my room in the country house. It is wonderful! Warm, clean, inviting, spacious. I have a view of the mountains and the cows grazing in the fields.

The country house is charming. Built in the mid 19th century it was originally a Town Hall , then later converted into a schoolhouse until the early 20th century when it took on private owners. 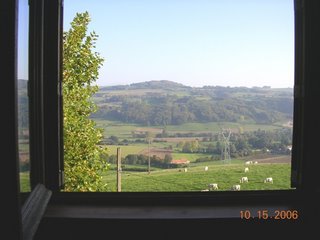 Built from adobe with cement on the outside of the building, the interior has been restored to its 19th century charm including squeaky floorboards. 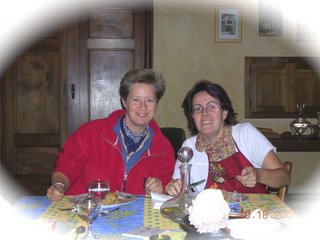 The 2 women (partners) running this tour are wonderful. Jac from Belgium and Valerie from France.
They compliment each other so well and are delightful to be around. The other 5 guys are very nice, it ended up being 2 male couples, and 2 single guys which where both able to get a room to themselves, myself one of them. 1 couple (Kelly & Les together for 11 years) is from San Francisco; the other (Wes & David together for 18 years) is from Dallas, Texas. The other single guy (Wayne) is a Caldwell Real Estate Agent from Nashville Tennessee. They are all very friendly and have nice personalities.